As the driving force behind recreating the full musical experience, the task of the power amplifier may seem desperately simple but is indeed highly complex. Achieving our simple goal of ”add nothing, remove nothing” to preserve the full musical emotion has resulted in a ground breaking new amplifier topology. Housed in a chassis similar to the C1 and D1, the A1 sets new standards in terms of performance, flexibility of adjustments, industrial design and pure enjoyment.

A1 is a legacy product now updated to the A1.5

A sophisticated mechanical chassis design and full USB based firmware update support contribute to make the A1 a real long term enjoyment.

Changing the A1 operating mode is easy and can be done on-the-fly from the front panel user interface. Only the available options are permitted depending of the hardware configuration.

The central power supply is taking most of the internal space of the chassis. The huge 1’200VA transformer is mounted on silent-blocks to avoid at maximum its vibrations to be fed-back into the sensitive part of the circuitry. It is shielded both with a magnetic screen and an electrostatic one. The transformer’s plate is also secured for transportation.

For optimum thermal performances, the output stage’s diode bridges are mounted on the front panel’s back and are of hyper-fast soft-recovery type.

The filtering capacitors are 4-poles type, which ensures that the current spikes needed from the rectifiers for refilling the capacitors are kept away from the central ground point.

All analog stages inside the A1 are built only with discrete components, no operational amplifier have been used into these sections. This deliberate choice warranties the shortest path for the audio signal and allows the use of custom-made building blocks.

No capacitors have been used in the signal path, nor any output relay to ensure the maximum transparency.

A gain range of 24dB – with steps of 0.5dB – is embedded into each channel, for a perfect match with the loudspeakers’ sensitivity and room size. A lower gain is typically preferred for high-sensitivity speakers into a small room while a bigger gain is sometimes needed for large room with low-sensitvity loudspeakers.

This gain adjustment can also be useful with multi-amplified loudspeakers to adjust the level of the various drivers.

Unlike into all other CH Precision’s analog stages, the A1’s output stage can be configured to have some global feedback. The global versus local feedback ratio is adjustable on-the-fly from the front panel user interface, only a few relays are switched during this operation. Each step is 20%, going from 0% – local feedback only – to 100%.

In case the A1 is used in bi-amplification mode, the user can select a different feedback ratio for each driver.

In term of performances, the A1 class-AB design is outperforming a pure class-A design with usual bias compensation. This schematic is patent-pending.

Each channel’s output signal is permanently monitored – both in voltage and current – into a DSP, which calculates in real-time the effective channel’s output power. The same DSP is also monitoring the heatsink temperature and drives small fans in case the A1’s internal temperature becomes too high.

In case where an abnormal condition happens, the amplifier is turned off to secure the connected loudspeakers. No output relay have been used into this amplifier, its symmetrical structure allows a smooth turn-on and turn-off of the power supply without noticeable noise.

Three analog inputs – XLR, RCA and BNC – are provided on a single board. A pass-through XLR male connector allows a direct connection to another A1 amplifier.

Can be factory ordered for Left or Right channel.

Factory built-in (1x), second board is needed for stereo operation 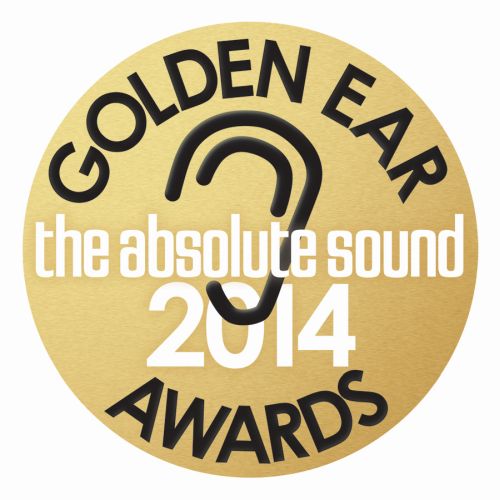 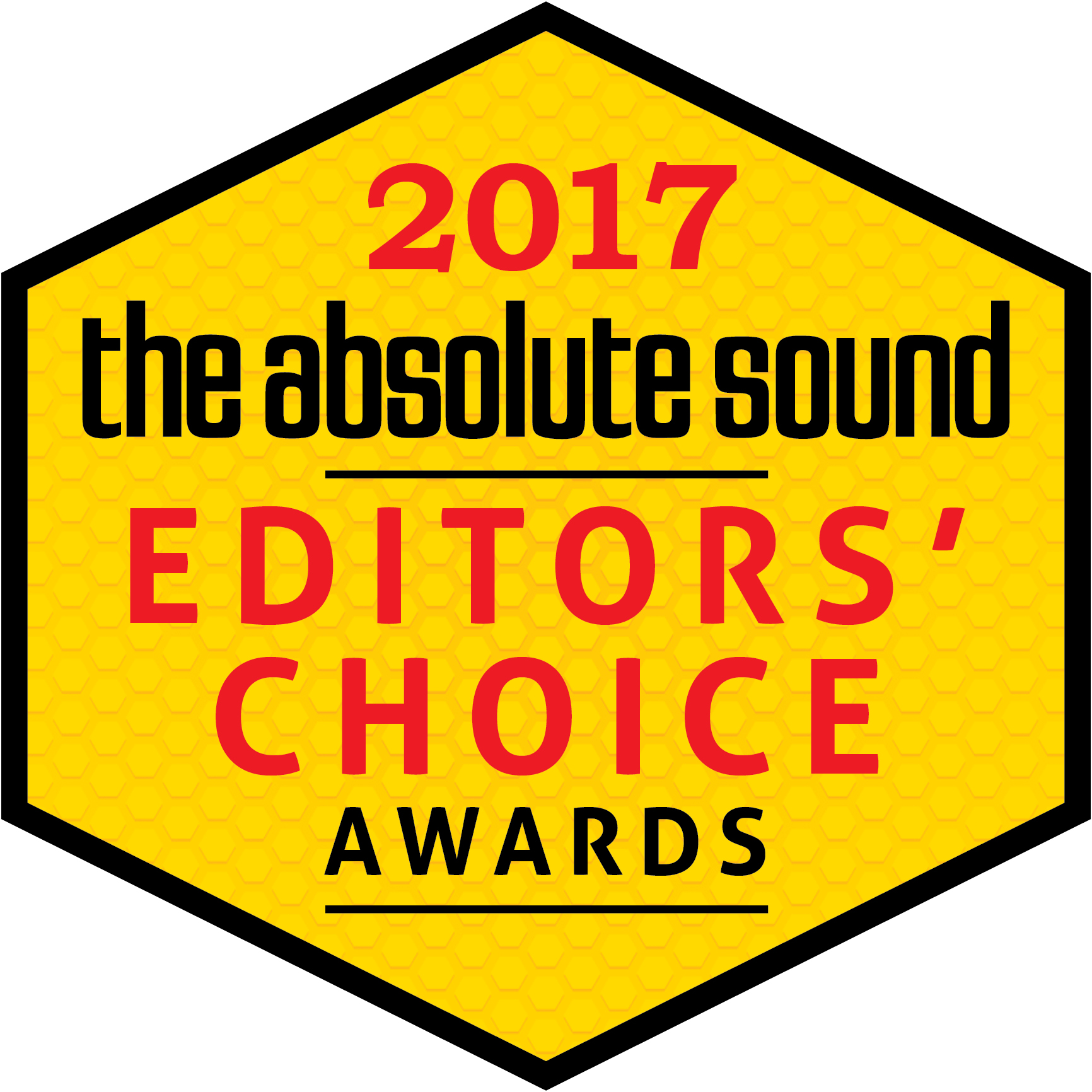 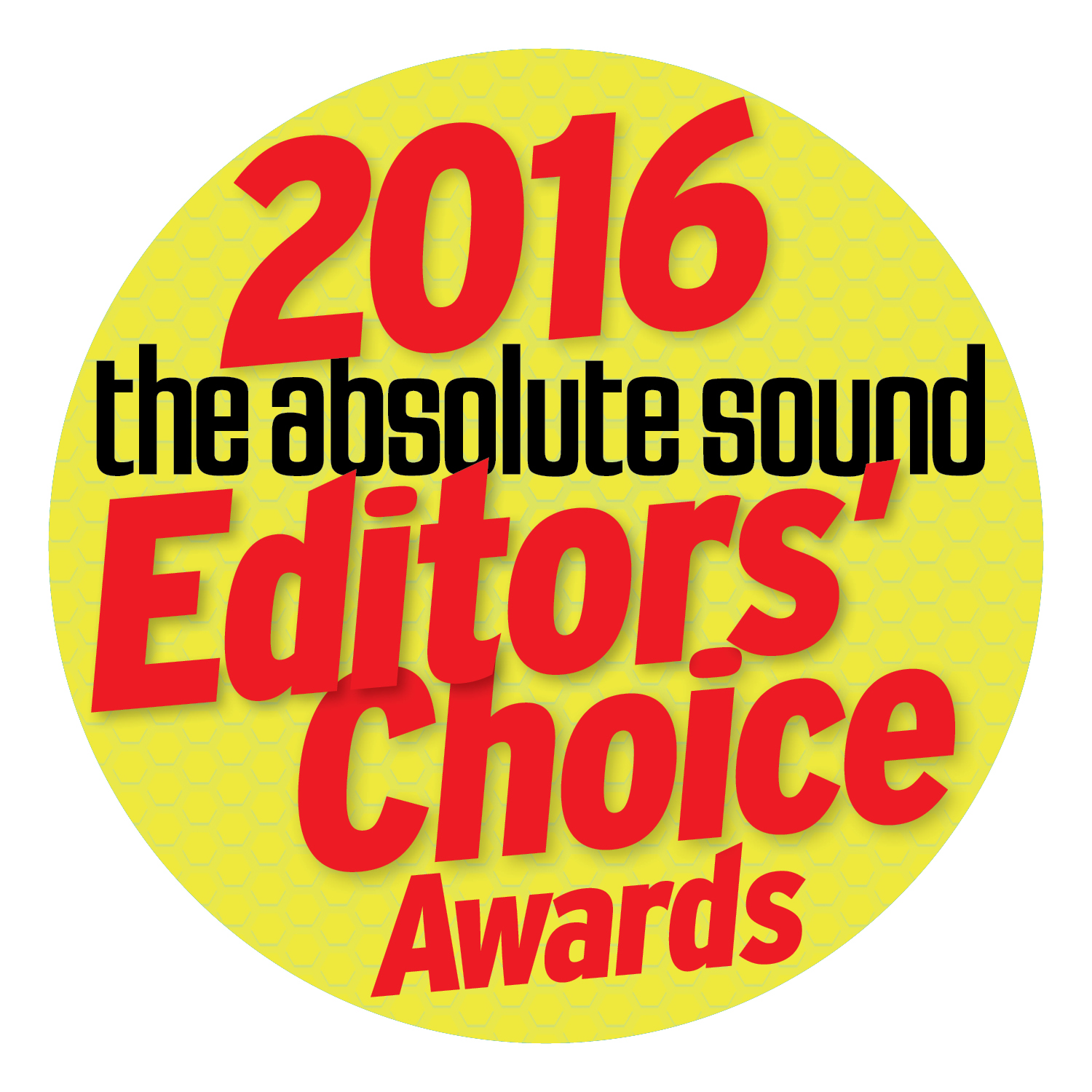 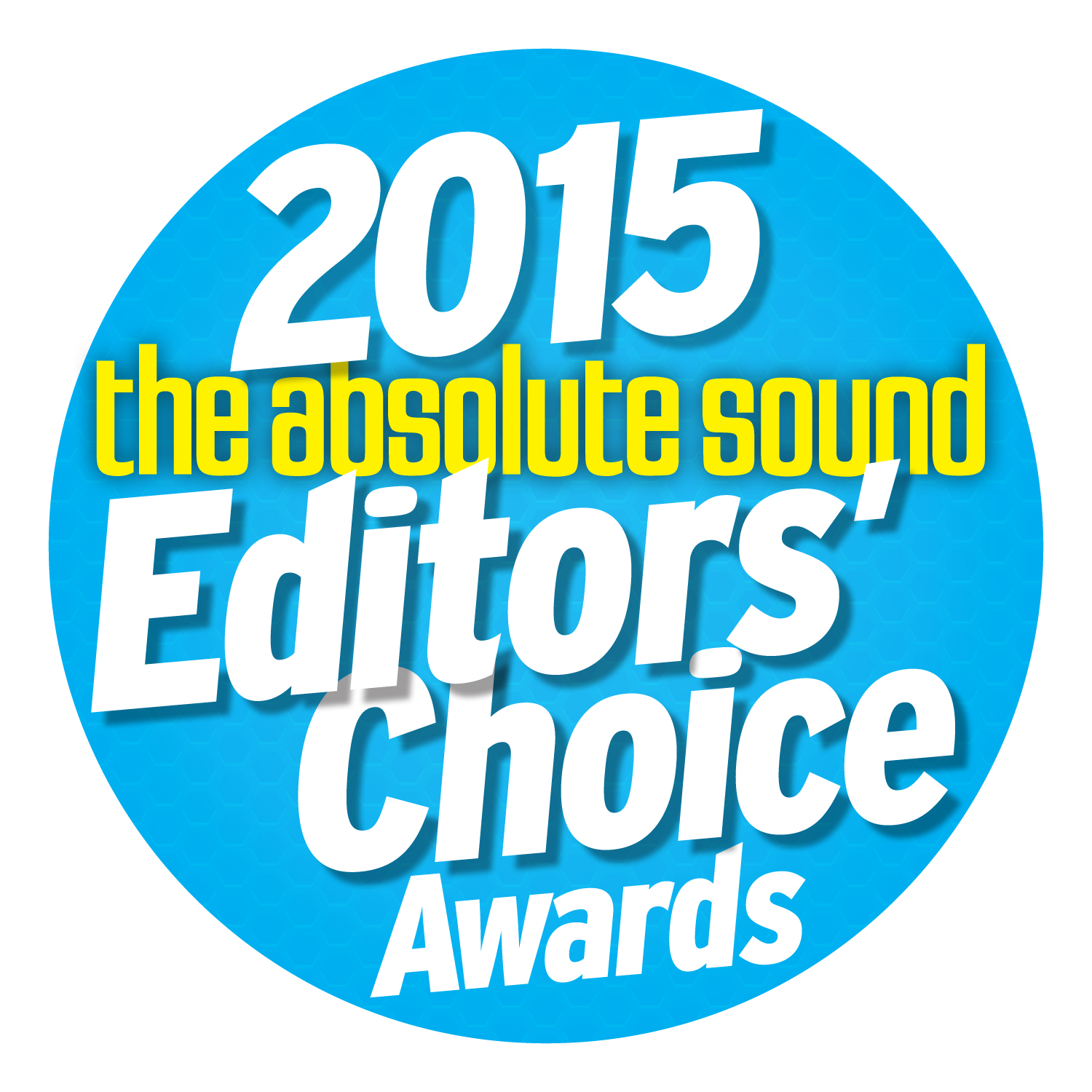 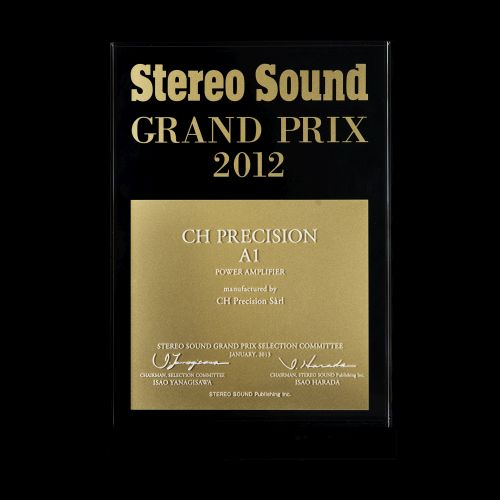 View all of our awards 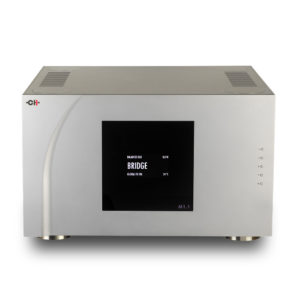 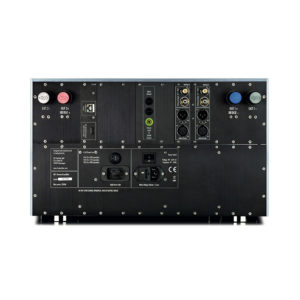 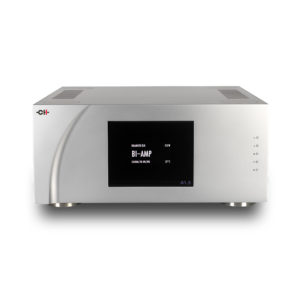 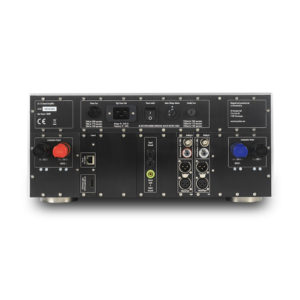